Between the clear display of 4K and the 60FPS frame rate’s smoothness, gamers need to make informed choices when deciding to invest in their gaming machine.

Generation Console capable of displaying games in 4K resolution as Xbox One X and PS4 Pro is rising. Both Sony and Microsoft are struggling with advertising campaigns, persuading gamers to believe that owning a new system is helpful because it produces better picture quality than PS4 and Xbox One. However, according to Mortgage, 60FPS is the standard that gamers need!

What do gamers need?

Do you have enough money to buy a TV … as big as an elephant?

At a time when games were so beautiful that the imagery that older generations had dreamed of could not be imagined, whether things like HDR, 4K, and Supersampling technologies would be exciting. Or just flowers and leaves? You should know that many gamers are still loyal to PS4 and feel no need to upgrade to PS4 Pro or PC because game graphics without the technology above will not affect them. 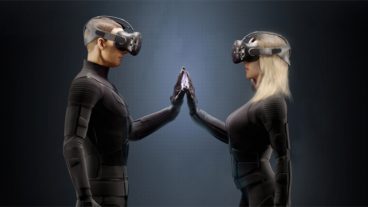 Teslasuit: Bring the “feeling” of real gaming to the gamer’s body. The Teslasuit high-tech costume can bring the feeling of hotness, hurt, and shake the battlefield on your body when playing games like it is true.

Having a PS4 Pro and a 4K display requires a lot of money, and it has almost no effect on players for entertainment purposes. The game makers are crucial in resolution and display quality, forgetting the potential factor that can help the Console compete with the PC – the frame rate (FPS).

Do you recognize the difference?

Technology is evolving at a time when all standards have changed, and the days of high resolution have passed since gamers felt that 1080p was more than enough for an outstanding gaming experience. In recent years, PCs have begun to explore new potentials in pushing frame rates beyond 60FPS to create an entirely different experience from what you saw in the earlier era. 30FPS is the benchmark for most console games, but for many PC gamers, 59 FPS is unacceptable. Most monitors on the market only have a maximum frequency of 60Hz, so even companies have added 120Hz, 144Hz, 240Hz monitors, showing that the speed of 30FPS of the Console game is like the standard 480p days ago. General console gamers are experiencing the game at deficient frame quality without even knowing it, “PC Master Race” gamers often feel … poor for the console.

Spend a lot of money, but while 4k resolution only works to help “flatter your eyes” a little, high FPS gives you loads of benefits. Just reaching 60FPS, players can better manipulate the game, have a better experience, and limit eye strain.

A closer look at the FPS levels

In most games, achieving 1080p 60FPS will require a higher configuration than 4K 30FPS, but you will always feel the benefits of 60FPS during gameplay. As for high resolution or maximum graphics refinement, you may not realize the difference if the display is not large enough, or after playing for a while, you will feel high or low together.

After a short time owning a PS4 Pro or Xbox One S, most gamers wonder what it means for the top titles like Horizon: Zero Dawn or Rise of the Tomb Raider … still only reached 30FPS even though the image is a bit better. According to statistics, of the more than one hundred game titles enhanced by the high configuration of Xbox One S, only 23 games are running at 60FPS. For PS4 Pro, that number is 51 games (including unreleased games).

Even when watching normal clips, 60FPS has shown superior experience.

Looking through the PC, the 60FPS is covered in nearly all the titles that made the PC the king of high-end gaming consoles. While a PC is fully capable of running games at 4K resolution, very few gamers prioritize high resolution because they do not see it necessary for a small screen.

The difference between 15/30/60 frames when displaying motion

Still not to mention, the number of owners of expensive 4K screens is not as much as owners of 1080P screens, so the customer base that PS4 Pro and Xbox One S is targeting is not large. New consoles exist as a stigma from Microsoft and Sony to those who don’t own 4K screens. All of this shows that the two big Console Console 4K goal in the first place was probably wrong?

The console was created primarily to enjoy offline games, but in today’s 4.0 era, playing online is also very important, mostly when the most popular online gaming game of 2017, like PUBG, also has set foot on the detector. Console. Games that have 60FPS applied in multiplayer like Uncharted 4 or Gears of War 4 have many players.

A new concern has been raised for PS4 gamers. Many experiments and studies show that gamers playing at 30FPS will be more likely to disconnect from 60FPS gamers and vice versa. Indeed, even for the game Monster Hunter 4 Ultimate on 3DS (30FPS) and New 3DS (more powerful configuration should run at 45FPS), the disconnection phenomenon still occurs even though the 3DS machines can connect directly next if you are near each other without an internet connection.

Gears of War 4 is no less than my dear Sony.

The FPS index also causes an imbalance in network play; the games that need high technology always go hand in hand with 60FPS. In summary, although FPS has great benefits, whether or not it will popularize, it will still be a headache for Sony, Microsoft, and game makers. 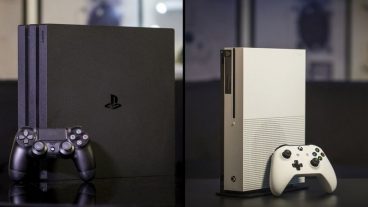 History of console war: How Xbox One has been defeated by PS4 The Game looks for why Xbox One has always lost to PS4 in the console battle between rival rivals Sony and Microsoft.

Through the article, you have probably seen the importance of 60FPS in both online and single player. The high frame rate is the only way that PS4 Pro and Xbox One S can catch up and compete with the PC. Hopefully, both Microsoft and Sony will find a way to revamp the game heads soon to keep pace with the times before all gamers abandon the Console to find PC Master Race!