In the gaming industry, people only remember the best, not the first. Apex Legends is a clear example.

Throwing gamers on a deserted island and watching them fight for their survival is the most popular game makers around the world right now. The dominance of PUBG does not prevent Fortnite from launching, and Fortnite does not make Activision falter when turning Black Ops 4 into a purely online game, “kicking” the campaign to replace it with Battle Royale. While Black Ops 4 was still unable to stand on its heels, EA’s turn was to oust everyone who went before Respawn released Apex Legends. This free rookie surprised everyone, not only because it debuted “no trumpet no drum” but also because it “quality” than all rivals. Fortnite has dominated the Battle Royale market for a long time since its launch until now. When it comes to Fortnite, nobody remembers its co-op game. Fortnite’s success is due to its exemption. Fees (of course), plus Epic’s experience in game making and the relentless effort to refresh the map – the most important “character” in a Battle Royale title – with special events throughout the seasons. Other developers have made many efforts to remove Fortnite, such as Activision as Blackout for Black Ops 4, H1Z1 transformed into Battle Royale, or “former king” PUBG launched many new maps as modes. Play short to keep gamers. However, all of these unsuccessful plotters failed until Apex Legends was born.

Frankly and honestly, Apex Legends is a game with a bad name. Apex alone is more than enough. After all, it sounds so much shorter and relaxed (and I’m sure everyone calls it Apex), though Legends makes sense because it’s used to refer to characters (Legend) in the game. But this article is done to talk about the gameplay of Apex Legends, not its name, so I regret to stop trying to buy time here. 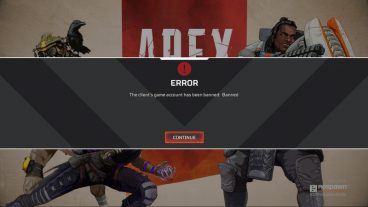 On the occasion of Apex Legends hardware ban, abusive discussion in the game Every publisher forbids crooks from logging in to their game, although their solutions may be different. Let’s glance at the three most popular solutions!

Why are Apex Legends more appealing than previous games, shown by impressive numbers such as the high viewership on Twitch and 50 million gamers’ achievement after one month of launch? There are two main reasons: one is born late to gain experience from its predecessors, and the other is the name Respawn Entertainment. Created by the studio’s hands led by two “never-done-in-a-bad” characters, Vince Zampella and Jason West, Apex Legends knows how gamers play FPS. It has the advantages of all the Modern Warfare or Titanfall that Respawn has ever done, and understands what they want after learning the senior. One of the most significant differences Apex Legends makes for gamers is communicating without words, which has devoted an article to praise. A lot of gamers understand the importance of teamwork. Still, they can’t share necessary or don’t like to talk to strangers for various reasons, from female gamers who don’t want to disturb to those who like to play the game in quite as. Also, switching between text and voice of the game is beneficial for those who want to focus on their sights instead of the chat frame! The ping menu of Apex Legends is “standard without any tweaks”.

To serve this object, Respawn gives us a circular ping menu containing all you need to provide information to teammates quickly and accurately while still “snouting” those who like chant “china number 1” or a tiny, ugly language you don’t understand. This ping system is designed too smart and is one of the main highlights of the game. Gamers appreciate Apex Legends’ ping system to the point that just a few days after the game’s release, Epic added a similar approach to Fortnite.

These damage numbers tell you a lot about your opponent.

Other features of Apex Legends are not new, but Respawn has cleverly mixed them to create an attractive game. It’s not the first hero shooter – Quake has had a hero shooter mod since the last century. Teamplay in Battle Royale is not new either – PUBG has had a squad mode for a long time. But the minor tweaks Respawn made to the game, such as the Jump Leader feature, help keep the team. The characters’ extra skill set, the agile mobility inherited from Titanfall (despite the lack of wall-run or jetpack), revive your teammates. The color of the damage you cause, giving Apex Legends the clarity, flexibility, and difference needed to stand out in the market. Jump Leader helps the team follow each other easier.

However, like Fortnite, being a free game has its drawbacks. The game was hacked, cheat so much that Respawn locked hundreds of thousands of gamers in the first month only, and had to resort to severe measures, the hardware board. Another problem the game also needs to face is the loot box problem. EA’s reputation is too rotten in gamers’ eyes, so amid the acclaim of Respawn and Apex Legends, there are still concerns about the future of the methods to unlock characters, skins, and new types of loot boxes in the game. In a nutshell, Apex Legends is Respawn’s attempt to sharpen and trim the Battle Royale genre that seems to have been fully exploited in the last few years, and they have been successful. What Respawn does makes gamers believe in the game, despite the silhouette of the “big boss” EA behind. The game has also attracted eSports organizations to invest even when the game’s eSports platform is not yet specific. A bright future awaits Apex Legends, whether you like it or not.