Nioh and Bloodborne can both be considered a form of Dark Souls clones, but they both have a unique charm for those who like to abuse themselves. Top strategic strategy games in 2017 The last days of 2017 are gradually coming to an end, and it’s time for us to look back at the top best strategy games this year.

Among the games above, Nioh and Bloodborne are two names that can be considered famous and best when they create their substance rather than just imitating Dark Soul (in fact, Bloodborne is the younger sibling) of Dark Soul FromSoftware made it). So if you are a fan of hardcore games and are looking for a challenge, should you choose Nioh or Bloodborne to torture yourself?

The plot, image, and style Nioh and Bloodborne.

In comparison, Nioh and Bloodborne’s total styles are as far apart as Yin and Yang, a horrid gore, and the other side is more youthful and pleasant. And in terms of depth (also known as the privilege), Bloodborne is much better than Nioh. Nioh’s story is straightforward when recounting the fight to find the main character, William’s stolen pet, with a little integration. The history of Japan has given it plenty.

Bloodborne talks about an epidemic city, and the protagonist are the one who goes there to hunt down the monsters that caused it. But 100% of Bloodborne players will not understand what is happening the first time they experience the game when it crams many puzzling things into the game. It is incredibly hardcore and is a horror synthesis of religion, inhuman experiments, the human ego, and even the gods’ theory of evolution. Bloodborne also has three endings, which are equally challenging to understand. Enough to disturb any gamer. The image is similar to the gameplay. The reason why Nioh is called a Samurai-style Dark Soul clone has a reason when everything in the game is from the Japanese Warring States period. Nioh’s dress style can use the word is beautiful and elaborate to visualize. It is very eye-catching but slightly unrealistic. Monsters are mostly from Japanese mythology, very familiar to those who play classic RPG games. But overall, Nioh’s shape is only beautiful without highlight. It is easy to be buried in dozens of other games with similar styles.

Bloodborne is a little different. The game has a dark color or uses the word rather than the horror from beginning to the end. In Bloodborne, in short, there is no ordinary human being. All of them are non-crazy people who are also tested for being crazy. The monster in it is a combination of freaky imaginations, such as a brain full of eyeballs, dead bodies piled up together, or a final boss full of tentacles like a movie. ” actions ”18+. In terms of storyline or visuals, Bloodborne is superior, not because of Nioh’s poor performance, but mainly the style of the two developers of these games. While dubbed a copy of Dark Souls, you won’t notice any plot or visual relevance, Nioh and Bloodborne are independent titles with their unique style.

Intricate, challenging to pan all, and difficult horror crisis, must not be for players, are the phrases you will often have to break out when playing anything related to this game series, regardless of whether the original is good Dark Souls clones. Of course, both Nioh and Bloodborne are monsters, with the same difficulty level or even surpassing the Dark Souls somehow, but they also have a completely different play style.

First, let’s talk about Nioh, the weapon of this game is divided by class with categories such as katana, dual swords, integrity, spear, ax… types. Each class will have different fighting styles and speeds. It allows players to choose their style of battle overall. The armor in Nioh is hugely diverse and follows suit. They are also classified into heavy and light armor. The heavier the armor, the higher the defense, but it requires more physical power to wear.

Because of the vast amount of equipment in Nioh, this game is weighty on plowing and combining weapons. It is precisely the traditional RPG style, “whichever is good, change to that”. The more weapons are upgraded later, the plowing time in Nioh is vast if you want genuinely unrivaled items. Nioh is the Japanese style.

Next is Bloodborne; the main difference between this game with Nioh is the number of weapons and armor. Bloodborne weapons are divided by type, not by class like Nioh. Each tree will have a fighting style depending on the user or their shape. For example, Saw Cleaver is a close-range hand saw that hits quickly and deals heavy damage to Beast-class monsters. While Ludwig’s Holy Blade is a great but slow fighting sword, Rakuyo is a swift dual sword.

The difference is also in the equipment. Armor in Bloodborne can use the word “yes and no” when the defense index is not different. Unlike the Nioh brothers or the Dark Souls clones, Bloodborne does not have an armor weight index, so the player can wear anything he wants without affecting the fighting style. Furthermore, the Bloodborne armor cannot be upgraded, so the later they become useless. Bloodborne is much darker.

This is the knot that shaped the gameplay of these two Dark Soul clone games. Nioh can be seen as colorful and bombastic, while Bloodborne is pragmatic but straightforward. It clearly shows two different styles of game making, so Nioh and Bloodborne differ from the core. The design of armor and weapons also somewhat shaped the gameplay, when in Nioh want genuine items to plow crazy hoes, and in Bloodborne, after just one game, you only carry that item and go on forever. Both had New game + parts with increasing difficulty, so plowing and hoe partly made Nioh easier to breathe than Bloodborne. 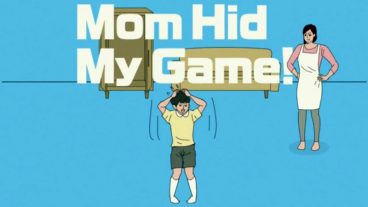 Because of this difference in how the two Dark Soul clones play separately, Nioh’s gameplay is more like a scene game than a role-playing game, because most of the time the screen is from point A to point B, kill the boss and pass the stage, there are not too many hidden secrets. Bloodborne’s world is interconnected, with dozens of quests and equipment scattered everywhere, easy to miss. This is mainly due to how the plot is chosen, when Bloodborne is extremely hardcore and hard to understand, and Nioh is simply like a Shounen manga – everyone smashes a lot of young people. Suppose you are a regular person who plays traditional role-playing games and plows his face. In that case, Nioh will interest you because Bloodborne does not have upgrades. The later, you will have fewer targets to fight besides killing bosses. On the contrary, those who like the depth of the story will find Nioh inappropriate because it was evident that a blue-haired blonde father made Samurai not feng shui at all.

Level of difficult Nioh and Bloodborne.

No copy of Dark Souls has a low difficulty level so that you can be sure of it. This is true for both Nioh and Bloodbore. When the monster beats two players on the board happens as much as the meal. But when meticulously, between these two copies of Dark Soul, Nioh is somewhat “easier” than Bloodborne, mainly for the following reasons:

– Bloodborne’s camera locks up badly. It’s from a bottom-up perspective, unlike Nioh from above. So when you encounter big bosses, you will find yourself spinning around, very difficult if you want to dodge.

– Nioh’s armor can be upgraded. Bloodborne is not.

– Nioh is allowed to go on missions and fight against bosses; Bloodborne does not. This makes Bloodborne items harder to find than Nioh.

– Nioh allows players to reset the stats to test different types of character building. Bloodborne does not have this mode. The increased point is always a constant increase.

– Nioh has checkpoint points before fighting bosses. Bloodborne is the opposite. After hitting bosses, the checkpoint appears.

Collection of “You Die” in Bloodborne

Of course, the “a little” here only starts to happen when you enter the New game + stage 2 or 3 and start-up. The two games are no different. You will still be bosses and normal monsters. It runs up and down the field. Bosses in both Nioh and Bloodborne are metamorphic types. The story of hitting a 1/2 blood tree or one kill is usual enough not to be normal more often. So do not think that Nioh is easier than Bloodborne or vice versa. These two copies of Dark Souls can spare you a few hundred deaths before clearing the first time for new players.

Despite being named a copy of Dark Souls, Nioh and Bloodborne themselves are masterpieces of the gaming industry, rated at 9/10. Which one is your play style? If it is possible, we should experience both. Otherwise, Nioh will be for anyone who likes to plow, and Bloodborne is suitable for those who want a story deep. I wish you happy gaming, do not swear too much with Nioh and Bloodborne.