Read slowly, relax with a cup of tea or coffee – butting beef or Monster is not bad, and contemplate the process of playing the game from past to present.

On weekends, enlist the Sword Art Online series. This series is too popular then, but I still summarize within a note for those who have not watched. The series is about a group of role-playing game players trapped in the game itself, and when they die in the gaming world, their real-life bodies also die. The film talks about the difficulties and torment when making decisions and choices of each player. In Sword Art Online, we are no longer restricted by public opinion or law, between virtual and real, which is not new. Is it human nature? Our decision is in the virtual world, but how deep does it affect the real world? Gamers, we have an immortal saying:

The meaning is, “I chose to be a gamer, not because I have a life, but because I choose to live with many personalities, many characters.” So what gamers do we choose for ourselves? What character and what are we looking for in that vast game world.

First, let’s talk about sandbox RPGs like the game Sleeping Dogs – Sleeping Dogs. This is the game that I like. Tui plays a submerged cop, hiding in the Triads, the notorious gangster organization in Hong Kong to hunt down criminals. That game is perfect. It simulates up to 80% of Hong Kong Island always, famous landmarks like Tay Cong, Du Ma Dia, Tiem Sa Chui are all reproduced. When I entered the game, I saw a familiar feeling, which was originally in Hong Kong for nearly a month, so I was not surprised with the party here, sometimes I found the shops invited in Cantonese, kind of funny xị á, see the fun. Not to mention yet, going around the Cuu Long market to discover the snack area like fried fish balls, stinky tofu, and brown rice… Also very happy, going home after going to sleep, without money, finding some brothers and sisters, giving them a battle to make money or bear more can work as collectors collecting money to buy stalls in the market. 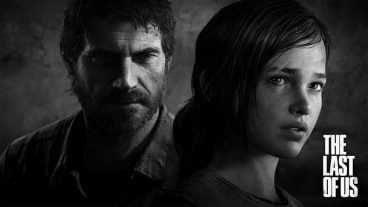 The Last of Us: Despair named “humanity” If The Last of Us is a piece of music, then this will be a seductive jazz sheet music about man’s fate in adversity.

If this job is not enough stimulation, you can go to the “level” of illegal racing, the bonus is very high, but the risk of police “tó” is not low. If you have a lot of money, what should we do? Of course, I have to find some “relaxing” massage salons in the red-light districts. But going to Massage in Sleeping Dogs not only helps restore health, but it also increases the Face Meter, temporarily called the “cheek number” bar, which is very useful when fighting or stabbing on duty. Overall fun, how is this any different in real life? Well, ahem, maybe my life will keep going like that, then it won’t work. I have to find a martial arts teacher to have room for myself. No matter what you say, the police are surrounded by 5-6 guys, and each guy gives a knife so that he might go to his grandparents. Well then had to choose the task of learning martial. To unlock this mission, you have to do a mission to save a beautiful girl – sounds familiar, exactly like watching a TVB movie, after saving your sister, you introduce a martial arts master. Oh behold, this hand is too greedy, one lesson fee is a statue of 12 zodiacs, 12 martial arts exposing route, you have to earn 12 children? Scooping this guy is real. Then I brush my teeth to find the statue to learn enough martial arts and have a body room. Believe me. You will become Bruce after learning all the diligence of this teacher. There is a side mission in the game, allowing the actor Ly in the movie Tu Vong Du Ly, fighting jubilantly on a deserted island. The last survivor is the winner. With color, film-style cutscenes, and the introduction of 70s characters will make you fall in love with this mission. In this game, the beauty of it is that there is no limit to the side quests. All of these quests are immediately replaced by other tasks. Although it is a bit repetitive, that is real life. There is always no work to do right. That is not to mention the game for us to choose the trend of becoming a Gypsy or police if choosing to become a police officer, it will unlock skills such as taking guns from police cars, being assisted by police. And if you decide to become a gangster, the ability goes to the police “ask” a bit too much. I like to select the police because I want justice and protect justice. Then plow according to the police rank. Being a police officer is not as easy as I thought initially, even following the game’s main storyline. You have to choose tasks like hunting, robbing, finding lost children, hunting for criminals … and not participating in the side missions of the gangster to lose points. There’s one that I’m very upset about. When on-duty police keep the fact it does not fall is driving, driving vehicles are not hitting people and into public properties. It is challenging but not simple, and sometimes I have to turn off and play the missions again and again because I think I am real police. A friend of mine loved the charismatic and often wandering wanderings portrayed in dramatic dramas in TVB’s gangsters, so he chose the dark path. He said after returning to the country, whether you choose to persevere with police or darken in the direction of the gangster, the end of the game does not make much difference. Still, anyway, the submerged police path or society Black’s choice is to solve the game’s problems. You have more options and experience many aspects of society. I like the lines in Sleeping Dogs. Some are superficial but straightforward but full of gratitude between people and people. Some of them seem challenging to understand but think carefully and see a great moral about how to live, how people behave, and how to be a real person. The conversation that impressed me the most was at the end of the game, when inspector Pandev – a madman of justice, for protecting his beliefs could defy the tricks, facing the main character Wei Shen.

Wei Shen: Why did you poison Po and sell me to the 14Ks?

Pandev: For the sake of the greater and more and more like a gangster.

Wei Shen: At least I’m still a human being.

For those who play to return to the country, this game takes about three days, but I play for more than one month to do the quest and build police rank to the max is not a wrong choice. Well, babble some lines to share with everyone, see everyone in some upcoming games.