It’s just a game developed by independent programmers, but Bloody Spell could become a potential product in the future.

Bloody Spell may be a bit strange to many people. When this is a product from China, such games will often not be paid much attention because the publishers do not pay attention to the game’s support. But Bloody Spell is different when it introduces a unique style of fighting style and being fully translated and being a phenomenon on Steam.

Bloody Spell’s combat system is quite similar to Devil May Cry. It goes in a crazy battle style with combos that extend from the ground to the sky, the game does not have a physical bar, so the player can attack as you like. To extend the combo time, Bloody Spell allows you to switch weapons during the attack at any time, meaning that you can make theoretically endless combos when you finish one beat of weapon 1 and then switch to weapon 2 and so on.

The Combo in Bloody Spell probably learns the Devil May Cry style quite a lot, especially how to press the button to cause a new attack, but the bad point of this game is that sometimes it designs a combo too long, so the player doesn’t remember how to press it properly. Bloody Spell also has the “pull” feature like Nero’s demon arm in Devil May Cry 4. It also has the task of solving puzzles and making it easier for the character to jump between hordes of demons. Overall, the Bloody Spell still lags far behind Devil May Cry, as it lacks the instant versatility of short-skimming skills to dodge attacks.

Bloody Spell has various weapons for players to choose from, such as light swords, long swords, clutches, spears, and axes… each will have a different fighting position and individual damage. The game is not the type to learn skills from the monster’s point, as usual, instead of the more weapons you use, the higher its proficiency, thereby unlocking new attacks. The difficulty of Bloody Spell is equal to 2/3 of the Dark Souls (which is equivalent to the size of normal Very Hard), strong monsters or bosses can kill you about 40% of the blood in one hit and do not have health bottles to continuous pump. This makes combat in the game quite annoying, especially its lock target system is quite banana when prioritizing the nearest monsters rather than in the direction of the character, so sometimes you will lose the item pepper and bullshit.

Bloody Spell has two types of resources: Blood Essence and Amber, which can be obtained from monsters or opened crates, Blood Essence is used to buying equipment, and Amber is to upgrade skills for the main character (Bloody Spell). The Bloody Spell skills, when used, will cost the purple Bloodthirst bar and launch powerful attacks on a large scale. A point that makes the game like Dark Souls is that you will lose all equipment and Blood Essence; only upgrades from Amber are kept. 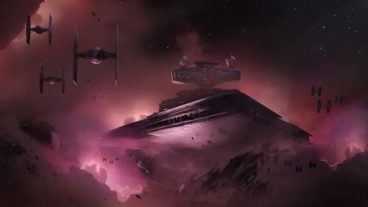 How did EA kill a potential Star Wars game? EA has officially ended the single-player Star Wars game based on the “legacy” storyline from Visceral. For gamers who love Star Wars and RPGs, this is a sad day.

This deadly feature, plus the fact that Bloody Spell does not have a checkpoint, and you can only save after completing that level of gameplay, make the game very tired. The loss of honey to clear all the items are exact. Not cool at all. Another annoying thing in this game is that everything is programmed in a random style. Every time you die, the game screen will also change differently (similar to equipment), so Bloody Spell is not a game that plays a lot. Where can I get used to? The image is highly appreciated in Bloody Spell. The character structure, monsters, and scenery are magnificent and sharp, especially when the primary character attacks look extremely powerful, especially when using heavy weapons. If you have loved Chinese films with heroes flying like birds, you will love Bloody Spell because you will find yourself rarely touching the ground and dancing weapons—jubilant bold performance when combo at high speed.

Bloody Spell programmers also attach great importance to the authenticity of weapons, such as heavy weapons will deal with stronger attacks and easier to destroy the enemy’s position. In return, they are slow and difficult to turn back in short range. There is a good point that heavy weapons can only destroy some walls, so carrying two items at once is a must when playing Bloody Spell.

There is a current problem that Bloody Spell is still in the Early Access stage, so it still has a lot of errors. The most serious is that the character sometimes has a delay when it hits, the lock target system is incorrect ( The enemy is close, not the character’s view), the object is drifted off the screen, timing combos are wrong. As well as the absence of a checkpoint and can only be saved after completing the screen.

Fortunately, the Bloody Spell developers pay close attention to the community’s reaction to the constant bug fixes so that we can take care of this for a moment. Currently, Bloody Spell is being rated at 8 points on Steam. If anyone loves the Chinese-style slash style, you should try this game.