Method 1. Set up the default printer in Settings Step 2: Here, in the Printers and Scanners section, click the printer you want to set as the default printer to see the Open queue, Manage and Remove device buttons. Click the Manage button. Step 3: Click the Set as default button to set the selected printer as your default printer on Windows 10. Method 2. Set up a default printer in Devices and Printers

Step 2: In Control Panel, change the View by for Small icons. Step 3: Click Devices and Printers to see all installed printers. If one of your printers isn’t listed here, it’s probably because the printer driver isn’t installed or is damaged. Method 3. Set up a default printer using an application

Step 1: Launch any computer program like Notepad or Paint. 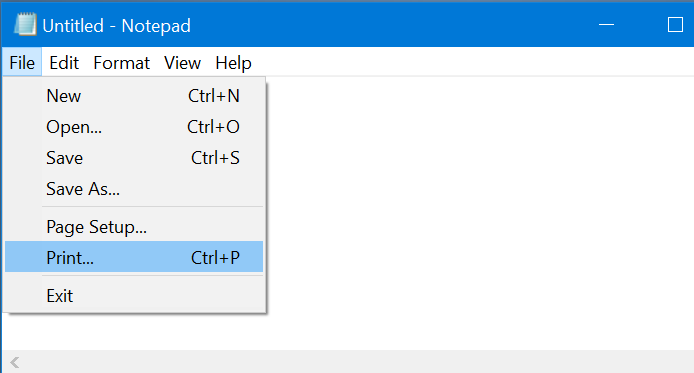