Removing some of the features of the previous generation has made Nintendo Switch Lite an extremely affordable price. Besides, this is also a handheld gaming device that gamers desire.

Nintendo succeeded with the first Switch. So far, the system is still making a lot of money for the company. However, Nintendo did not hesitate to introduce an unplugged version called Switch Lite at a much lower price than the previous generation. For a more affordable price, fans will own a device that fits in a pocket but can still play big games like Skyrim, Doom, The Legend of Zelda: Breath of the Wild, or even The Witcher 3.

However, fans will be forced to trade a few attractive features on the first-generation Switch to get a lower price. I think for some gamers, this is perfectly acceptable. And considering all the factors that Nintendo Switch Lite has, this device is too worth the money. The price is more reasonable.

The first thing that makes gamers pay attention to a gaming machine is the price. Compared to the Nintendo Switch, the Lite version is much more affordable. Looking at its predecessor, even though it has been released for nearly three years, Nintendo still doesn’t bother to discount. Perhaps the reason because this system is still very “good to make”.

Remember that the Lite version is $ 100 cheaper than the previous version. Even if Switch Lite is selling well because it is too cheap, Nintendo will be forced to lower the price of the first generation Switch to accelerate the entire inventory. At that time, the beneficiaries were still gamers.

With Nintendo products, I love the way they color their devices. The previous version of Switch did not have many colors to choose from (you need to change the gamers’ color to use their production cases). Still, the development company has mixed the primary colors in a very reasonable and eye-catching way.

As for Switch Lite, Nintendo turned to a more colorful release for users to choose from. Although there were only three colors available at launch, Gold, Turquoise, and Gray, looking back at the 3DS era when Nintendo shipped many beautiful limited editions, I believe it will do the same thing. Nintendo Switch Lite. A classic and traditional design

The switch is a product that is exceptionally a breakthrough when combining handheld devices and home game consoles. With two detachable Joy-Con units, Nintendo is free to create unique gaming experiences. For example, the Nintendo Labo product is very popular with fans.

However, the company decided to return to a more traditional and classic design on the Switch Lite. Sometimes creativity ahead of time is not what gamers need. Maybe they need a more conventional product, a more comfortable game experience without learning new functions.

The biggest tragedy of those who love playing games on the street is that the PS Vita is dead, while the Nintendo Switch does not fit into the pocket. The 3-gauge measurement of the Switch is quite large, so users are required to carry it in a diagonal bag or backpack. However, not everyone likes to wear a bag or briefcase when going out. Some people like minimalism, they want to bring things that fit into the pocket of jeans, and the whole body is entirely free.

Nintendo Switch Lite can fit neatly in users’ pockets. Of course, jeans will come in various styles, but even if you put the Switch Lite in a shallow pocket, it still doesn’t feel entangled. As for women who prefer to wear skirts, the decision to bring a bag is reasonable to hold Switch Lite.

I came up with this idea, why didn’t Nintendo engage in fashion, designing pants that could hold all their handhelds on the road? Compared to the original version, Switch Lite is considered to have much better battery life. This is understandable when Nintendo omitted quite a lot of features on the Lite version. Switch Lite’s screen is 5.5 inches (smaller than the Switch is 6.2 inches) will undoubtedly save more power than the previous version. Not to mention that the display on the Lite version will be sharper due to the same resolution, but the Lite screen is smaller, so the pixel density will be more.

On average, Switch Lite can play games for about 2.5 to more than 6 hours, depending on the weight of the game graphics the user experience.

Switch though significant, but after a period of use, this device gives users a sense of durability insecurity. The cause comes from the 2 Joy-con bars are not very stable. When Joy-Con’s blocking part is broken, it will continuously slip out of the Switch while playing the game. This is extremely annoying. Another reason is that the Nintendo Switch’s weight is quite heavy, but the two Joy-Con bars are relatively light, so users always feel like they have to be very gentle with the Switch if they don’t want to spend money on repairs.

With the Lite version of Switch Lite, the body is a unified and seamless block, so it feels more firmly held. Besides, the Lite version’s design is also delicate and significantly reduced in detail compared to its predecessor. Users are forced to trade off the fun of 2 Joy-Con bars to save $ 100 and peace of mind about the Lite version’s durability. I think it is worth it. I think many fans will probably be a little confused with the name Switch Lite because this machine is not really “switch” as its predecessor. This is a handheld gaming device with the most traditional and basic features. I think the name Switch here is meant to convert from 3DS. This device is a perfect device for gamers to replace the old Nintendo 3DS.

The unique thing about Nintendo Switch Lite is that it appeared when everyone seemed to think the handheld gaming device was over. The superior quality of the console or the dominance of mobile games has made it no longer exciting for companies to invest in handhelds. When Sony decided to kill PS Vita and announced it would no longer be a handheld device, it made many fans regret it. And Nintendo came out with Switch Lite as a bold statement that “Handheld gaming can’t die” because I have taken over this market. 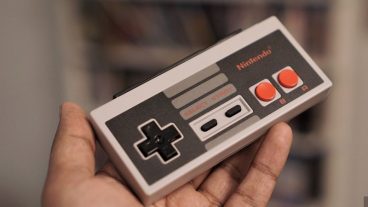 Despite sacrificing many features, with a more reasonable price, a more comfortable grip, and a better battery, the Switch Lite will still be strong enough to continue its predecessor’s success. I think spending a little less but still experiencing Nintendo games is too much money, except for those games that need Joy-Con. But not everyone is excited, and there is enough space to play games with Joy-Con.