The Observer story’s context occurs shortly when humans carry the renovated body and live many lives floating in the virtual world.

Developed by Bloober Team – a studio specializing in the psychic horror genre, so it is not uncommon for the Observer story to go in a confusing and confusing direction. This game is about a fictional future, where people depend or say exactly “addiction” to body editing and alienating society in the virtual world.

The Observer plot incorporates many elements and real evils of life, such as plastic surgery abuse, social media immersion, and virtual living of a large part of humanity. It shows through many other details during the game, but depending on each person’s perception, it will have a different solution. The story of System Shock 2: Hybrid – The poor creature in space Hybrid is a person in System Shock 2 infected with parasites, still retaining reason but imprisoned in his own body forever in outer space.

The “Great transformation” and mechanization of the human body

Everything in the Observer storyline begins in the 2034s when a revolution of science and technology emerged, with a breakthrough in surgery or replacing parts of the human body more accurately. Artificial parts such as prosthetics with the help of machines have been born since the beginning of the 21st century. However, they are still very flawed and often damaged during operation.

Everything changed when scientists Ernest Soral and Albert Dumanski invented micro nanomachines that surpassed anything else in human history. When inserted into the host’s body, these semi-automatic micro-biological machines can perform surgeries so correctly that they are nearly enough to reorganize the human immune system. This revolution is known as the “Great Transformation”, which completely changes the world’s face forever in the Observer storyline.

– ” It helps our weak body to be perfect, correcting the mistakes of mother nature, this is the essence of modern science ” – Ernest Soral (manifesto electronic revolution). The artificial parts of the Observer storyline

The new industry immediately proved itself to be superior in many fields, first of all in medicine. With nanometer-sized machines’ help, all previous problems such as organ damage, cardiovascular complications, and transplants were all solved with ease. Now the transplantation of organs and organs in the Observer plot has made great strides, thanks to the machines to minimize the body’s rejection of transplantation. The military sector also quickly benefited from this automation revolution. For the first time in human history, it was easy to climb the highest limits on its own. Unlike medicine, military commanders are not very interested in healing and replacing the soldiers’ injured parts. They are aiming for a new thing – creating super-soldiers by implants.

The soldiers volunteered to replace one or more body parts in exchange for the strength and ability to fight far beyond humans. The armies of all these artificial fighters quickly grew, appearing in strategic positions across the globe. The artificial parts of the Observer storyline

The development of implant technology also directly affects the daily living zone, from being an aid in an accident. Now the parts have become a symbol of wealth and status in society. However, the most crucial achievement in the Observer’s story is that scientists invented information-neutralizing chips, which can be used to implant directly into the human brain’s lobe, increasing the ability to remember host information.

The chip also supports and connects directly to the retina, allowing its owner to access any wireless transmission system instantly. Although many people doubt its effects, this transmission chip quickly becomes an integral part of life. By 2041 based on the Observer plot, the number of people with artificial factors has far surpassed ordinary people, who do not own the information transmission chip and even have difficulties in everyday communication. 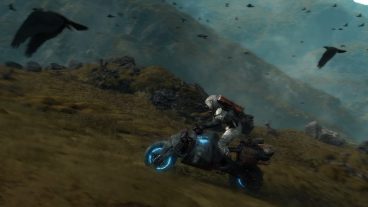 Story of Death Stranding: Delivery from two worlds – Part 2 Unlike many carriers in the Death Stranding storyline, Sam attaches to his BB abnormally, treating it like his son.

Nanophase plague and the price of heaven

However, such a perfect utility would pay a too high price, and in 2047, the Observer plot of a terrible disease occurred, caused by nanomachines and sets. Transplants – something that people once considered the source of life for humanity. The condition is called the Nanophage and is the most horrible thing that has ever happened in the 21st century. It starts slowly until the patient realizes that there is no cure left.

The cause of Nanophage stems from nanomachines’ system failure, which begins when the body begins to receive artificial parts. From here, the error occurred when the nanomachines lost control and misunderstood the host’s organs as a dangerous threat to the implant, leading to it starting to attack and destroy them. These micro machines’ perfection led to terrible consequences when they worked so well that even the patients did not realize.

Nanophase almost had no signs of recognition initially; when the nanomachines were put into the body, they automatically cloned into millions of copies to start working. If only one instance were involved in the Nanophage error, then the rest of the copies would also be affected, resulting in the entire chain reaction chain. A low-level resident in the Observer storyline

The early manifestations of Nanophage were almost invisible when it was just a mild fever and body aches like the flu. The only way to prevent Nanophage is to conduct a whole-body biology test, which is too expensive and not familiar to most people. The mass production and low cost of artificial parts in the Observer storyline also made people less interested because everything was too easy to replace.

The second phase of the Nanophage will be more pronounced when the patient’s body appears a series of red spots, representing the wounds caused by the nanomachines when the implant part begins to merge with the main body. The terrible pain will occur as soon as millions of Nanos conditions start to wreak havoc on the body, and high fevers leave patients delirious. More dangerous is that Nanophage can be contagious at this stage, not only in direct contact but also in the air as an infectious agent.

Finally, when Nanophage entered the final stage, the whole body of the patient was severely devastated. The fever is not relieved, and patients are always in a state of rabid danger that is dangerous to those around them. Once the entire organ has been destroyed, the host will completely feel nothing until the whole body loses consciousness and permanently functions. 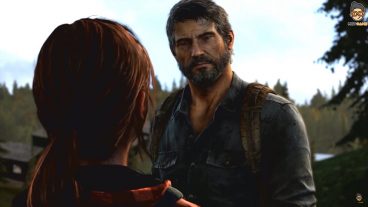 The Last of Us Story via Video: The Door at the End of the Tunnel – P. At the end of The Last of Us story, Joel and Ellie reach Salt Lake City and prepare to make a contract from the beginning with Fireflies, but everyone’s inner changed.

Despite the danger, Nanophage is rare. Many solutions can be used, such as using electrical waves to disable nanodevices, separate healthy and diseased parts, or putting devices nano “clean” to replace the software’s defective pare. In the end, however, the solution the doctors used was to find a way to tell the nanomachines to return to the starting point, i.e., the implanted artificial part.

This therapy in the story of the Observer is called baptism with fire because it is almost a blind direction in despair. Reaching millions of nanomachines back to the old place was enough to cause side effects such as organ damage and muscle stiffness. The possibility of its success is also extremely low when the recovery rate then only at over 4%. The community’s reaction to the Observer storyline’s Nanophage epidemic is mostly horrifying and worrying, which is understandable because the percentage of residents with artificial parts in the body is 86%. For low strata populations, disease outbreaks can cause anxiety or even riots because of government actions to “prevent” disease spread.

During a pandemic, the Nanophage outbreaks were so widespread that the government prevented them from spreading widely. Residential areas assessed to be dangerous will have to install a blockaded system. When it detects a case of infection, the entire building will be isolated from the world after the steel doors. All communications, including the intranet, will be disconnected, then rescue teams including doctors and security personnel will be dispatched to resolve. But there are many rumors about these teams doing inhuman experiments on infected civilians before “cleaning” them clean. After the Nanophage pandemic ended in the Observer storyline, people became warier of transplants because they feared that Nanophage would flare up again. In addition to the increase in production and installation of nanomachines, this market also slowly cooled down.

Of course, most of the population still uses transplants because of their usability. Some refuse to change their bodies, and they even form a new sect called Children of the Immaculate Birth in the core—observer story. Eventually, after the “clean-up” activities, people became suspicious of the information transmission chip because they thought the government could illegally collect personal information. And that’s the basic thing that you need to know before coming to the Observer story. In part 2, we will talk about why the people in this game are immersed in the virtual world and the release—life of Observer surveillance forces – where the main character Daniel Lazarski worked.