When Preview ReCore was announced at E3 2015, it was like a dream project, and the name Keiji Inafune was enough to guarantee the game, even though the development team was quite strange,

After completing Metroid Prime 3: Corruption for Nintendo in 2007, director of the game Mark Pacini, art director Todd Keller, and pillar technology engineer Jack Matthews left Retro Studio to start Armature in September 2008. Their first product was the Metal Gear Solid HD Collection for PlayStation Vita. Next is Batman: Arkham Origins Blackgate for Vita and 3DS, and Injustice: Gods Among Us for Vita.

This year does not seem to be a good start for Mr. Inafune when Mighty No. 9 is constantly experiencing development problems, leading to multiple release delays. Even after every attempt to launch, the game quality was not pleasing to both players and professionals. Mighty ‘s cult story No. 9 also resulted in many people starting to be afraid of games contributing to the community. The start of Comcept before E3 2016 was not so smooth. Microsoft suddenly announced at E3 that Preview ReCore is a cheap game, with a suggested retail price of only $ 40. While other significant games are priced at $ 60, the retail price is only two-thirds of the average level, making it easy for players not to trust the game. Depending on what you think, the price may be due to the small game’s size, like indie games. But it is also possible that the game is not appreciated for selling the same price as many other games.

First, what is very similar to Mega Man in ReCore is the robot mechanism, which allows you to change the robot’s “core” to something else to support the main character. Different robots will, of course, be useful in different situations. For example, mechanical dogs can “smell” many things, or awkward gorillas but are very good at lifting and smashing things. Each “machine” has a special attack that can be “gong” like in Mega Man and save Joule’s main character in battle. The Last of Us achieved success by focusing on the following simple things. If comparing content layout, The Last of Us uses the most specific and most intuitive elements instead of complicated and sophisticated, but it did not fail.

The trailer at E3 this year made me crazy with the shooting feature of the game. Because of that, I’m quite interested in the combat system in ReCore. But actually, this is not a free-firing mechanism as I thought. The game has a target locking mechanism via a push-button (trigger button on the hand press) to allow you to focus on other things.

The gameplay part throws you tons of enemies. Meanwhile, you have to worry about many other things: move, gun, order the robot buddy. The feeling of a bit of Metroid Prime is still there. You can lock on targets and spin around them like Samus so. Old techniques but even create a new feeling. Next, the player’s robot friends are quite impressive. No wonder this is the name of the game! More interesting is that ReCore uses a perfect color-based weapon system. There are four types of bullets in the game, each represented by a different color. Enemies in the game will also have a color corresponding to the bullets. Players need to switch to the bullet color corresponding to the enemy of the same color. This is when the ReCore combat system is up and running. Dash, evade target lock, shoot, change the core, change bullets – all with a satisfying feeling of immediate satisfaction. Not to mention praise for the optional features of ReCore. Perhaps not every developer is thinking of supporting those colorblind players.

Some enemies can be more troublesome due to changing colors always, changing their “weaknesses” in real-time. Of course, you will have to change the corresponding bullet’s color to defeat these enemies who like to cause trouble. This is the general formula for a battle system in ReCore. Those are inherited from both Metroid Prime and Mega Man but still create a unique game feature. The demo was too short, so I still could not experience the explogame’s ration and the sight of than action-adventure game. This can create a bright spot for the game and possibly ruin the game experience. So far, the scene has Metroid Prime doing very well in 3D, is probably only lost to the old Mirror’s Edge. Hopefully, the official release of ReCore will not ruin the game because of this problem.

It is difficult to determine how the battle in ReCore will be repeated or how the character’s movements will play a role in later games. The obstacle-jumping scenes in ReCore reminded me of similar images in Mega Man. But at least, I believe this is not another Comcept disaster like Mighty No. 9. Hopefully, the closed-frame ReCore will promote the full version of the game. 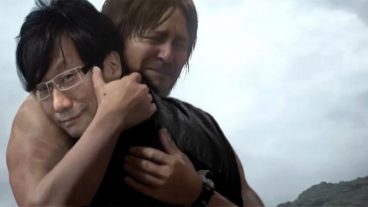 Are you looking back at Death Stranding: A failure in both revenue and art? The sad fact about Death Stranding is that not only does it fail to win Game of the Year, but even sales are not favorable.

ReCore will be released on Xbox One and PC on 9/13. The game also belongs to the Xbox Play Anywhere project, formerly known as Microsoft’s Project Helix.

I forgot, though ReCore’s retail price is relatively low, the developer also partnered with TriForce to launch a limited collection for $ 89. In addition to the game disc in a metal box, this collection also comes with a statue of the protagonist Joule and his robot friend Mack, finished and hand-painted, 35 cm high and weighing 2.7 kg! Perhaps the most expensive is the statue because what remains is the Lithograph and the Corebot Alphabet Decoder Dial, which is not very noticeable.