You will see my familiar characters’ appearance has changed in Resident Evil 2 Remake because they are all adapted from beautiful boys in real life.

When Capcom announced the appearance of the Resident Evil 2 Remake, in addition to gameplay information or the launch date, the community also noticed a sharp change in the appearance of the characters. These were not improvements. In terms of graphics, it is the face of Leon or Claire that has a big difference from the original, almost 180-degree rotation with what gamers know about the Resident Evil 2 version in 1998.

This change comes from the fact that Capcom has used real-face scanning technology, thereby recreating every corner of the actor playing the characters in the game, creating a “real” feeling as possible to the player. Another popular game, Detroit: Become Human, also uses this method and has incredible facial expressions. Let’s see who will take on the “face-lending” similar to Detroit: Become Human.

First, let’s talk about our protagonist Leon Kennedy. In this Resident Evil 2 Remake, Capcom trusted to give to the “borrowed face” is Eduard Badaluta – a Romanian model currently working mainly in Italy and Spain. He has participated in major fashion shows such as Milan Fashion Week, Zara Spring Summer 2017, or New York Men’s Fashion Week 2017.

In case you feel that Leon has a slightly overly adventurous face, remember that at the time of Resident Evil 2, he was only 21 years old and was on his first day at Raccoon City. Hence, Capcom chose a young model like that to play. Leon is not difficult to understand. As for Claire Redfield, the person in charge of recreating her face is Jordan McEwen – a model from Canada. There are many conflicting opinions about Claire’s face now looking “older”. Her characteristic red hair is no longer available; judging by the character criteria, it doesn’t seem to be so true to Claire’s “Red” field.

For wondering, the selection of Jordan McEwen was planned by Capcom up to 2 years ago, and they have even scanned and stored her face since then. Most likely, Claire’s red hair will be difficult may appear again. 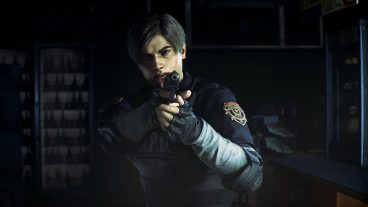 The things gamers need to know about Resident Evil 2 Remake have received a lot of praise and will have to bring the legendary Resident Evil series back to the top.

In Resident Evil 2 Remake, the main plot remains the same. Claire will go to Raccoon City to find her brother Chris and then be caught in the Zombie disaster. Up until now, apart from the gameplay trailer about Leon, Claire still hasn’t revealed much. Finally, the third character revealed by Capcom is the ill-fated policeman Marvin Branagh, who plays this role is Patrick Levar – a famous music producer, film editor, and Youtuber. This is probably the most accurate character that no one complains about, in part because Marvin is a somewhat blurred NPC line.

When the Raccoon tragedy struck, the city police department was one of those rare places where it could stand, but it quickly fell into chaos when boss Brian Irons ordered the doors closed and left unknown. reason. Marvin Branagh was one of the few survivors and found a way out of the city. Unfortunately, he was bitten and infected. In the original version, Marvin only played a supporting role when Leon accidentally encountered it. Still, in Resident Evil 2 Remake, Capcom promised to give him more acting space and even a separate side story.