Easy-minded people may skip the sida game issue, but Days Gone can cause their PS4 to be a different issue.

With what happened, saying that Days Gone is Playstation 4’s worst exclusive game in history is not wrong because it is terrible from gameplay to story and image, along with a bunch of serious bugs day after day is not over yet. 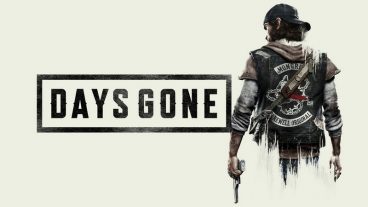 Reviews on Days Gone: A mouse-tail exclusive game Despite being advertised and backed as a game only to Playstation 4, what Days Gone does quite disappointing.

What is worth mentioning here is that Days Gone has too-too-many bugs. They are not trivial things, such as stuck objects. Characters can not find their way or mission malfunction, problems of big Days Gone much more, to the point of being unable to play. From its launch (April 26) to May 2, it has been approximately a week since Days Gone has released six different updates to fix all kinds of bugs in the game, but the more they fix. The worse it gets.

The bugs of Days Gone are numerous, but up to the present, the most annoying ones are as follows:

– Sudden frame drop for no reason.

– It will not be possible to interact with the chase missions if the car is not full of gas (note that it is 100% full).

– The details can not be loaded. You will see the plants and construction are like a flat box – this error occurs mainly with regular Playstation 4.

– Loss of sound while driving.

– The object is stuck in the middle of the road, meaning you will not be able to move out of there unless reloading the game. This is probably the first exclusive game on Playstation 4 to have so many serious errors, even the more the bug fixes when in version 1.06 it had a severe problem that caused the Playstation 4 of the user to suffer. Sudden crash. Simply put, you are usually playing when suddenly the machine shuts down, then you have to restart from the beginning to fix the data manually. What is even worse is that the save file at that time if the bad luck will also be damaged.

Worth mentioning is that this bug only happens when version 1.06 is updated (previously unavailable), which has never happened before. The writer himself also had a very nervous than yesterday, when playing, the Playstation 4 suddenly turned off but no reason for any reason, it took 5 minutes for it to restart slowly. After going to the forums to find out, indeed, this error is also relatively standard, so that Bend Studio had to make a sub on Reddit so people could report the error in each update.

Days Gone has not broken the record for the most updates after launch because it is still losing to God of War with 11 updates after 11 days. Yet, in seriousness, it is much more. The fact that a game can cause your Playstation 4 to crash and reboot suddenly is not an easy matter. But that’s still not everything that makes Days Gone the worst monopoly game in the history of Playstation 4, because if there’s a good game, people can grind their teeth reluctantly through this error, but sadly is that Days Gone doesn’t do that. Up to this point, the writer has finished Days Gone and is starting to plow 100% trophies, so I will not spoil the plot here but only say irrational things.

Ignoring the boring open-world case, catapult shooting mechanism, and a bunch of repetitive tasks, the thing that can save Days Gone lies in the plot. The whole process of Days Gone is the journey of the protagonist, Deacon, to find the silhouette of the most important person in his life, Sarah – she may have died in the epidemic disaster ill two years before the events in the game.

The story of Days Gone is excellent. It has a lot of unexpected bottlenecks as well as unique characters from both sides. Sadly the love story of Deacon and his wife broke it all. Playing Days Gone feels like reading a love story type 2 when 5 minutes is Deacon will “miss his wife”, 10 minutes is this grandfather will “I love you” once. The number of Deacon recollections is so much that it is sick, just like the game shows you slow-motion movies of these two young men. Deacon and Sarah’s love story will be very good if located in a different context, with different characters and other worlds, not post-apocalyptic days like Days Gone. It took so much time to crush every other side event, even important things like the virus’s source, the pandemic’s cause, and how the mutant Freakers were omitted. Days Gone does not give players the feeling of excitement to learn the plot secrets, but the later it becomes tired.

After playing about two-thirds of the game, I lost interest in Days Gone and just wanted to finish it quickly. Inherently, this game’s plot must be excellent when it refers to the problem that every gamer likes is Zombie, but ultimately due to driving the issue a bit too much emotion, it will not go anywhere. Days Gone will probably be the worst Playstation 4 exclusive game, something no one wants to see.