Microsoft committed to bringing the titles that have been released to Xbox by development on PC through the Xbox Play Anywhere project.

One of the highlights from Microsoft’s press conference at E3 this year was the announcement of Xbox Play Anywhere, a service model similar to Sony’s Cross-Buy but more extensive. With Xbox Play Anywhere, players will receive two games when buying digital (game disc does not support this feature), one for Xbox One and the other for Windows 10. Save files, DLC, and achievements are used collectively on both platforms. This is different from Sony just buying the game as a whole, and the DLC, save the file, and the trophy is separate.

Recently, in an article, Yusuf Mehdi, vice president of the company, in charge of Windows and Devices, shared about the 10th-anniversary update of Windows 10. In it, there is some information about the Xbox program. “With the Xbox Play Anywhere program, you can buy a game once and play on a Windows 10 and Xbox One PC using the same process, savegames, and achievements,” the vice president said.

Not only that, but Mehdi also shared: “Every game by Microsoft Studios will support Xbox Play Anywhere and be easily accessible on the Windows Store.”

The announcement may be even more dramatic if Microsoft recently closed many of its internal studios in turn, such as Lionhead. But this announcement means that any game developed by Turn 10 (Forza), The Coalition (Gears of War) and 343 Industries (Halo), and Rare (Sea of Thieves) will all appear on Windows-based PCs. 10. This is good news for PC players. The wording used in the article seems to imply that PC titles from Microsoft Studios will also appear on Xbox One. Especially when Microsoft is also coming to support the mouse and keyboard on Xbox One in the future. I’m still waiting to see what the Decisive Games studio will do. Are you sure you haven’t forgotten? Decisive Games is Microsoft’s in-house studio, focusing on strategy games. If Halo Wars 2 succeeds, hope is something related to the Age of Empires.

Microsoft has several other studios currently in stable condition, such as HoloLens, Lift London, Kids and Lifestyle Entertainment, Microsoft Casual Games, and Mojang. In it, Kids and Lifestyle Entertainment is the studio responsible for developing Xbox Fitness, and unfortunately, the game is preparing to close next year. Microsoft recently acquired Mojang. Perhaps not to mention that this studio is still busy developing Minecraft. It will be a long time before they can get new Xbox games from them. 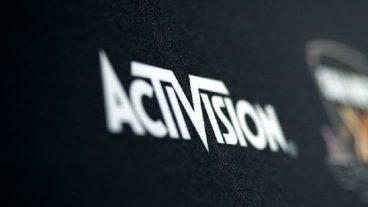 Is Activision the famous gaming company that “likes” the most money? We don’t always hate Activision’s love of money. However, there are times when the company comes up with ways to make money for gamers in an unacceptable way.

As well as efforts from self-developed titles, Microsoft also considers outside development games but is published by Microsoft Studios. Games like Crackdown 3, ReCore, Scalebound, and We Happy Few are all Xbox Play Anywhere titles. Microsoft will deploy Xbox Play Anywhere from September 13. You can refer to the list is constantly updated and complete at xboxplayanywhere.com. For now, the list of Xbox Play Anywhere games so far is: In addition to the information above, Mr. Mehdi also shared other aspects of the game across the Xbox ecosystem:

– Xbox Play Anywhere games will be available in the Windows Store consolidated on both Xbox One and Windows 10. You will find content to find faster and buy games and application packages, pre-orders, pre-downloads, and other Subscription subscriptions like Xbox Live Gold.

– On Xbox One, players can use Cortana to order new games, see what friends are up to, party, complete familiar tasks, and turn on Xbox One by saying, “Hey Cortana, Xbox On ”.

– Fans’ most requested features on Xbox One, such as Language Region Independence (allows players to select any display language, regardless of their location setting) and support background music, will appear in the Anniversary update. 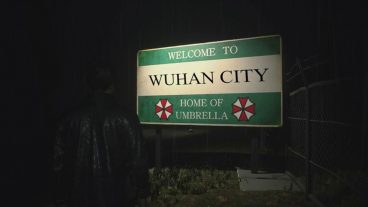 What if a day of Resident Evil-like illnesses appears in real life? A disaster like Resident Evil would be complicated to happen in real life, but if it happens, will the consequences be as terrible as in this game?

– Players can experience the Windows 10 Anniversary Update on the new Xbox One S. Starting at $ 300 this summer, while the limited-edition Xbox One S with a 2TB hard drive appeared in August for $ 400. This is the only console that supports HDR gaming and video, as well as Blu-ray 4K Ultra.

Yusuf Mehdi also did not forget to remind users that the deadline for the free upgrade to Windows 10 is about to end. The deadline is July 29. If you have not upgraded to Windows 10 for free, please upgrade quickly before the deadline. The Anniversary Update will be available for free on August 2. This update, as mentioned above, will support the Xbox Play Anywhere service.

Besides, Microsoft also opened a page to answer frequently asked questions about this service. Most of the notable information has been covered in the article, but you can see it here.