The plot Observer must say is entirely hacking the brain when it talks about the world where the mind is free from the body’s constraints and lives forever uncontrolled.

Following the Observer storyline’s events, let’s talk about the essential details in the main game and the things that hack the brain in this game. 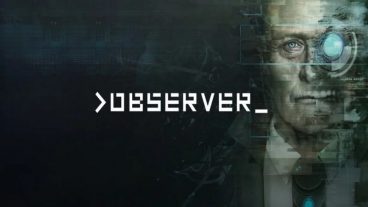 Observer – those who control the mind

– I’m a government control tool; a leech will come into your dream and swallow it. If you can’t remember it or don’t want to remember it, that’s when they call me to go deep into your mind, collecting things you don’t even know when they exist in the deepest dark corner of memory. My name is Daniel Lazarski, and I’m an Observer.

The Observer is an undercover police force, working under Chiron’s direction in the Observer storyline. These men are assigned as private detectives, collecting data and memories of the suspects whether they are alive or dead. Each Observer has the right to access the personal information of nearly any city in the 5th Republic (except for Class A citizens). By connecting its device directly to the central nervous system, the Observer will know all that he wants to hide.

The device that Observer uses is called the Dream Eater. It is also an artificial part that is directly attached to the owner. The Dream Eater can recreate memories from an old perspective and allow the Observer to know what has happened in the past, as the side effect of this will cause mental symptoms. So the Observer forces are often populated. They are shunned and fearful. Their presence often brings unannounced ominousness. The Dream Eater device in the Observer storyline

During the Great War, the Observer forces originated when the Dream Eater’s original purpose was to obtain prisoners’ testimony. It started in 2053 in the Observer storyline. The original design was created to test new technology. Unfortunately, this has too many side effects, the most dangerous of which is making the user’s life shortened and lots of neurological problems.

Perhaps that’s why the first Observers originated from soldiers injured on the battlefield, who could no longer be repaired with artificial parts. By accepting to become an Observer, they would continue to serve and extend your life in a certain sense.

As long as the brain is still active to connect with the Dream Eater, there are many anecdotes about disabled veterans becoming the first Observer. The most famous of which is Thomas Lipinski – a young soldier who lost all limbs after being hit by mines on the battlefield. Although he had been treated with an artificial organ transplant, Thomas’s body refused to accept them until he had only the right chest and head still conscious. By putting Thomas’s body in a unique assistive device, he became the most notorious Observer. The name “Observer” (supervisor) may also be derived from Thomas when the impression of him is “a head attached to a tree always open eyes glaring at the prisoners”. Thomas Lipinski became the Observer and contributed to this force’s reputation since that time, although its results are not humane at all.

After the end of the Great World War and the establishment of the 5th Republic, the Observer was widely introduced to the public as a special investigative force, supporting the search of clues on severe cases. How to “open” the suspect’s nervous system.

Observers have gradually built their reputation with their incredible performance, as people call them Chiron’s hounds or leeches, especially with C-class people. Particularly scary when these guys have the right to invade their brains without notice. In researching to complete the Dream Eater – for example, increasing the operating time from 4 to 20 years, the users of this device still suffer significant psychological damage. When connected to the Dream Eater, the Observer will also suffer terrible pain, with the consequence of gradually eroding their physical and mental health.

Psychological and painkillers were expected to help alleviate this. Still, by 2076 a major accident had occurred when an Observer group went crazy and suddenly opened fire on a group of people east at the mall. After this bloody incident, the government decided to ban the Observer from carrying weapons and immediately took effect.

However, even with a ban, the public opinion in the Observer storyline with these police officers has not diminished. In the future, the Observers are restricted from connecting information with dead suspects and under special supervision. 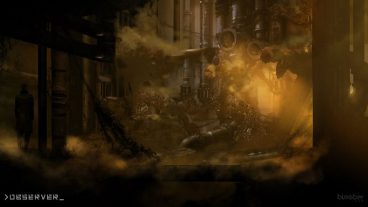 Daniel Lazarski and the world in the Observer storyline

Now let’s take a look at the Observer storyline’s main developments, which started in 2084 after the Nanophage pandemic has claimed many lives worldwide. Due to the poor living conditions, many C class residents have turned to opium and other virtual worlds to forget reality. They live in shabby small apartment complexes, with privacy always threatened by Observer forces.

The main character in the Observer storyline is Daniel Lazarski, an Observer, and a B-class citizen. One day he gets a call from his son Adam, who has been running away for a long time, and says he has a plan. The plan was huge, but everything was out of control, and he wanted to see his father one last time. When Daniel traced the information, he knew that Adam’s address was in a C-class residential area, but he found only a headless body lying motionless when he arrived.

However, Daniel did not give up hope that the body was not necessarily Adam’s, so he searched for clues and found an abbreviation “HN”. When checking the list of tenants, Daniel learned that HN was Helena Nowak living in room 104. At that time, the entire building was isolated, making Daniel even more urgent the investigation. The main character Daniel Lazarski in the story plot Observer

When Daniel reached Helena’s place, unfortunately, when she died, he defied the command to use Dream Eater to see what the cause was to realize Helena was working for Adam and ever stealing a great deal of information from the government. Because Helena’s workplace is a hired salon, Daniel looks for its former owner, Jack Karnas, but this person was also killed like the last time.

When Daniel was looking for more clues, suddenly he was attacked and unconscious, the stranger thing is when he awoke, the assassin was killed next to him. Danile hacks into his brain and learns where this man lives under the sewers. Inside this crumbling house is Adam’s severed head, which almost crushes Danile’s hopes.

Desperate for losing his son almost collapses Daniel. Still, at that moment, he hears Adam’s voice, which points Daniel to a place called Sanctuary deep underground and does not merge connect the Dream Eater to the other end for information. At Sanctuary, Daniel found an area to simulate a relaxing virtual world, where C-class citizens sought to forget their daily life, but it was abandoned. However, he still chose a storage tank to connect with connecting to the internet. Now it is the Observer plot’s brainchild because it turns out that Adam is not dead, but he has uploaded another personality of himself online, which is the voice that tells Daniel to come here.

Adam explained to his father that he had found a way to separate the human brain, make it exist as a file of information on the internet, thereby ultimately liberating it from the flesh body and leading an immortal life forever. However, Daniel thinks this is utterly crazy because a mind outside the body is like a nightmare without an end.

It was Adam who told Helena to steal information from Chiron to help him carry out this project. Unfortunately, it also led the government to find him, and because he could not “catch” the dead Adam, they used it as a virus that destroys existing knowledge online. The residential area’s blockade also aims to cut off the entire network connection so that Adam cannot escape the “soul”. Daniel then interfered with the blockade himself to bring Adam to a safer place. Everything then continues to headache because Adam (the soul on the internet) in the new Observer plot reveals that he killed the old Adam (body) and sent a message to Daniel and caused the attack to radiate and lead his father to this place. His purpose is to want Daniel to give him shelter in his mind because Observer’s artificial systems are isolated, not in the government’s control, the only safe place from the Virus.

The Observer plot’s ending splits into two branches depending on whether Daniel agrees to let his son live in the body or not. If he agrees, then Adam will “unite” the mind with his father but is who took control of Daniel’s body.

And if he refused, Adam would still play the role of turning Daniel’s consciousness into a Drone and stealing his body. In the ending, when Daniel regained a new body and was going to attack Adam, he was attacked by guards, shot, and killed after the blockade order was lifted. The ending of the Observer plot

And that’s what takes place in the world of the Observer storyline. Things are much more complicated and brainstorming, with two endings and Adam, being the end of something that still has no solution, if possible. You should try this game and find out how it is.