Some changes in the battle system’s arrangement may make you feel strange, but some of the following tips may help you adapt better.

As we all know, Resident Evil 3 Remake has some changes in the battle system compared to the previous installments, so the fighting will also be different. Let’s refer to some of the following tips to make it easier to get used to playing the game!

The internal knife cannot be destroyed

If in Resident Evil remake part 1 and 2, the knife is an item with a certain amount and will be destroyed after a period of use, up to this part 3 knives absolutely can not be damaged when used. This is one thing players should pay special attention to because of the absolute durability of the knife. Players can take advantage of it to save ammunition most thoroughly. 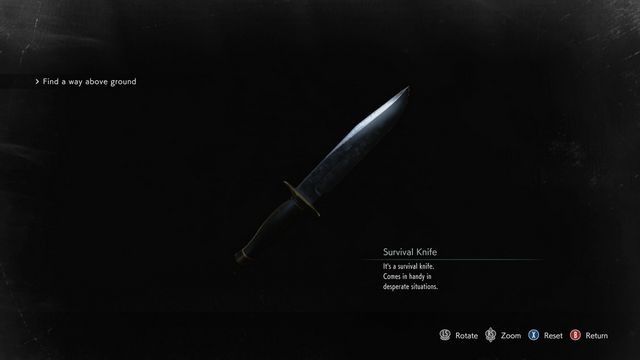 Especially, with the game’s zombie is as tough as Resident Evil 2, the player can draw a knife and slash continuously at the heads of the zombies that have just fallen down but not dead to ensure 100% destruction, no Let them wake up again.

Like the original game, Nemesis was an unbeatable enemy, unable to destroy when confronted for most of the game’s duration. So the safest method to deal with that Nemesis was to find a way to evade and flee if she didn’t meet. However, if Nemesis pursued the player too long or accidentally cornered, she could still fire the creature. When sufficient damage is received, Nemesis will temporarily collapse for about 10 seconds, allowing the player a brief time to flee. Sometimes attacking Nemesis will cause it to drop special ammunition and upgraded items, so “hacking the bee” has certain benefits.

In Resident Evil 3, zombies have more categories than part 2 and require specific ways to deal with each type. In particular, it must be mentioned that it is NE-α Type, also known as Nemesis Alpha by the boss “pump” into the zombies. This is a particular form of the parasite that attaches itself to the host’s head to gain control, transforming the host into a zombie-like creature while maintaining a bit of awareness and thinking.

The parasite on this zombie’s head is not only a parasite but also a shield to protect the host’s head from damage from players’ weapons. This parasite can use tentacles to attack or pull players closer and swallow their heads. Instead of shooting the head like regular zombies, players should aim for their bodies. Nemesis Alpha will expose its weakness on the head when it received enough damage, allowing the player to finish it off.

As mentioned above, the types of zombies in Resident Evil 3 are more diverse and require different ways of dealing. One of the other zombie strains that need special attention is the Pale Head. These zombies were initially experimental animals that underwent mutations. In the game, they move and attack faster than regular zombies, along with the ability to recover damage. Accordingly, their limbs can not be shot down. If not destroyed, they will quickly recover wounds and make it difficult for them. When attacking Pale Head, there will be white smoke coming out of them, telling them that they are healing themselves. So shoot until there is no more smoke coming out of them to ensure destruction. Special firepower weapons should be given special priority to them to ensure that the damage done to them is more than their recovery. Weak weapons such as shotguns can be very costly for Pale Head because of this zombie’s rapid healing even when taking continuous damage.

No preference for acid bullets for grenade launchers In Resident Evil 3, grenade launchers are a potent and useful weapon with extensive damage on a large scale. It allows players to build different grenades with different types of damage. In that need to mention, the pomegranate acid, when fired, will splash acid corrosive enemy. This pomegranate type is advantageous with Hunter β, a special type of Hunter in the game. But this type of enemy appears very little in the game, so creating too many pomegranate acids is unnecessary. Instead, prioritize the materials for making pomegranates and grenades. With a survival horror game like Resident Evil 3, the resources in the game are quite limited. Players need to know how to save resources and actively search every corner to collect as many items as possible. And to ensure that you do not miss anything on the way, players can continuously check the map. If the map area is green, it means that the player has picked up everything in that area. If the location on the map is red, it means that the player has missed something. Another thing to keep in mind is that when cross-checking between Jill and Carlos’s map, some of the previous characters’ positions cannot be reached, such as a closet or specific area, the latter character can access it. Keep those locations in mind so that you can access these unique locations and collect valuable items when you play the next character.