In the early 90s, the Japanese gaming industry was making a significant change: graphics. When Sony entered the gaming industry with the PlayStation and SEGA replaced the old Genesis with Saturn, gamers’ taste began to change. They enjoyed new games on the 3D graphics platform of those systems. This was a big challenge for Capcom because, after the great success of Street Fighter 2 (1987), the 2D fighting games of this developer no longer received the community’s favor. The situation continued to turn bad for Capcom until March 1996, when they achieved unexpected success with Shinji Mikami’s Resident Evil game. Seeing the “light at the end of the tunnel,” Capcom immediately approved Resident Evil 2 and handed the game over to Hideki Kamiya to seize the opportunity. As you know, Resident Evil 2, released in January 1998, brought Capcom a new success with even more impressive numbers than the first version. Therefore, this fighting game developer turned to make horror games, which will change their position in the Japanese game world and the world.

Attack on many fronts

After the great success of Resident Evil 2, Capcom decided to conquer with three new projects related to this game brand, each of which serves a specific goal. Hideki Kamiya, who made the success of Resident Evil 2.

The first is Resident Evil 3. The game was given to Hideki Kamiya again after the previous project’s success, but PlayStation is not the promised land for the game for this director. “I think Resident Evil 2 represents everything that can be done for a horror survival game on the PS3. My vision for the next game is to create something completely new and more challenging. So I decided to make Resident Evil 3 for PS2. ” As you all know, the PlayStation 2 was supposed to be released in 1999, but Sony eventually delayed its release date to March 2000, more than two years after the release of Resident Evil 2.

The second Resident Evil project that Capcom developed at this time is Code: Veronica This game was Capcom expected to be released for SEGA’s Dreamcast as an apology for canceling Resident Evil 2 on Saturn. Capcom canceled the Saturn version of RE2 because Saturn was not strong enough that Capcom could not port its game, and Capcom also knew that a more powerful Dreamcast was being developed. Code: Veronica is not Resident Evil 3, but Capcom decided to continue it right after the contents of Resident Evil 2 because they did not want to offend any side in the console battle in Japan. Yoshiki Okamoto, one of the people involved in creating the first Resident Evil title, said that Capcom planned to make Resident Evil versions with the same code: Veronica on other systems, and the titles. Numbered games will be on Sony consoles. Capcom also “conspires” to bring zombies to Nintendo’s console despite facing many technical challenges and customers to serve this goal. Advances in data compression techniques will allow Capcom to do this by launching Resident Evil 2, which was released for Nintendo 64 in late 1999, Resident Evil 0 with content takes place first. Original Resident Evil for future Nintendo 64 approved.

But by the end of 1998, Capcom knew the Resident Evil games it was making (Code: Veronica for Dreamcast, 2 for Nintendo 64, 3 for PS2) would take a long time to complete: Dreamcast and PlayStation 2 were next. -gen, while Nintendo 64 has many technical challenges that need to be overcome. The problem is that Capcom doesn’t have time: even though it raked in money with nearly 5 million Resident Evil 2 copies sold at the time, the gaming industry never hesitated to “follow,” and many developers were plotting. Occupy market share that Capcom owns.

Capcom is no stranger to this trend: their Street Fighter series was crushed by dozens of titles that made them face financial difficulties in the first half of the 1990s. Resident Evil is also showing signs of falling. In a similar situation: Square Enix launched Parasite Eve in March 1998 – just two months after Resident Evil 2, and Konami also had Silent Hill debuted in January 1999. If they sit still, Capcom will lose market share to these projects, so they have to do something.

“Something” of Capcom will be a new game called Resident Evil … 1.9.

To bridge the gap between Resident Evil 2 and 3 to keep gamers from forgetting their brand, Resident Evil 1.9 is distributed with a smaller budget and a narrower time frame than the two versions head. They plan to finish the game by the summer of 1999 with a smaller, younger, inexperienced team while veterans focus on developing its three “big” titles. The game will be cut down on time and quite many features, including voiceover, cut scenes. In return, because this is a spin-off game, Capcom allows the development team to find new ideas to Make a difference with your significant games. The person chosen by Shinji Mikami to head the Resident Evil 1.9 development team is Kazuhiro Aoyama, who came to work at Capcom in 1995. Kazuhiro joined the company just a few months after the Kobe earthquake disaster was killed. Six thousand five hundred people and a strong influence on Capcom employees in Osaka. Kazuhiro is no stranger to Resident Evil because he is involved in unnamed jobs in both early Resident Evil projects, such as enemy damage and weapons, movement speed, health recovery of drugs, and many other ingredients in-game balancing. This gives him a great deal of knowledge about the game’s gameplay system.

When assigned to lead the Resident Evil 1.9 project, Kazuhiro needed a scriptwriter for the game. Because author Noboru Sugimura is busy writing the scripts for the remaining three games, Mr. Shinji Mikami hired a young pen named Yasuhisa Kawamura to do the job.

Before accepting the script for the game for Resident Evil 1.9, Yasuhisa was the assistant of Yukito Kishito, a Japanese manga artist. In a later interview, Yasuhisa said that he almost failed in a job interview with Shinji Mikami, but was partly due to the excitement he showed when telling the interview stories. Thanks to the passion, Yasuhisa, Kazuhiro, and Shinji Mikami shared: kendo and martial arts. So the most essential locations in the Resident Evil 1.9 project were owned, so they embarked on making the game.

When Resident Evil 3 development is over, what is waiting for the team to make the game, Capcom, when the game is released?

After a sprint to add content to the game before its release, Resident Evil 3 was officially launched in Japan on September 22, 1999. While the previous two titles were released globally at the same time, the English version of Resident Evil 3 was postponed to November to make Dino Crisis cash in because this game was only recently given to Capcom launched the Western market one month earlier. 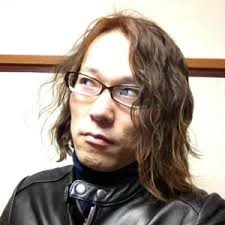 With the innovative gameplay that Yasuhisa Kawamura and Kazuhiro Aoyama have included in the game, Resident Evil 3 has become a massive success in revenue and reputation for Capcom in Japan. The game repeated Resident Evil 2 by selling over 1 million copies in the first week (then adding 2 million more when released in the west), which surprised Capcom because Resident Evil 3 was initially a lightweight game capital. “Resident Evil 3 may be Capcom’s most profitable Resident Evil at the time,” said Shinji Mikami. “We expected to sell only 1.4 million copies, but it sold 1.8 million. Unbelievable!”

According to Capcom’s data, Resident Evil 3’s total sales did not reach 4.9 million copies of Resident Evil 2. Still, they exceeded all their expectations when considering the short development time, low budget. and the plan to do the original spinoff. The game achieved a very high score on the review pages, and later it was transferred to Dreamcast, PC, GameCube by Capcom before being remade as you have just known recently. Resident Evil 3 also made a mark in gamers’ hearts in a way that his two brothers could not. Jill Valentine became the female image in the game with an authoritarian personality and unique outfit, besides Lara Croft, Chun Li, or Samus Aran. Nemesis is also remembered for the horror he brings to gamers, and as he remembers, he has appeared on the “Best Villain” list many times. This monster continued to appear in a few Resident Evil titles after that and a guest in Marvel vs. Capcom 3: Fate of the Universe and Project X Zone 2, while the cosplayer always transformed into Nemesis at events with and without gaming involvement.

Resident Evil 3 is also the only game in the series to be adapted into a movie. The two Resident Evil movies were released in 2002 and 2004, which brought profits to stakeholders, such as the Resident. Evil: Apocalypse (2004) brought in $ 129 million, although its budget was only $ 129 million. “I am pleased with the reactions of gamers over the past 20 years. I could not imagine it would affect gamers like this. I am very grateful for that, ” Mr. Kazuhiro expressed about the success of the game. However, Resident Evil 3 is the only Resident Evil game that Kazuhiro makes because he switched to other games like Onimusa: Warlords and Dino Crisis 3 before leaving Capcom in 2004 for family reasons. Currently, he lives in Ishikawa Prefecture in western Japan, a quieter province than Tokyo or Osaka.

On December 10, 2019, Capcom announced it was remaking Resident Evil 3. This is something gamers have long suspected after the Resident Evil 2 Remake’s success, but has now been officially confirmed. The game will be called Resident Evil 3 / Biohazard RE: 3 (leaving Last Escape and Nemesis in the original game name). This remake will stick to the content of Resident Evil 3 but refresh the visual and gameplay to Giving gamers an experience consistent with modern computer hardware. The game will be released on April 3, 2020, only about two months after this game series ends. Coincidentally, Resident Evil 3 once again looks like a “freeloader” of Resident Evil 2: the remake version we are looking forward to releasing in April has only developed thanks to the existence of Resident Evil 2 remakes and shares a lot in common with the engine, gameplay to the environment. However, it is believed that after the success of the original version, the new Resident Evil 3 will be a monumentally invested version. Its content will no longer be created to lengthen merely. It believes that when the game is released, gamers will enjoy a complete Resident Evil game, following the run of Jill Valentine and Carlos Oliveira with the same length of Resident Evil 2 launched in early 2019. Even Carlos Oliveria was stripped.

One particular thing is that with the release of the Resident Evil 3 remake, gamers will also play a new game: Resident Evil Resistance. The game was introduced as a multiplayer game that combines co-op with antagonism when four gamers work together to escape from an Umbrella lab. In contrast, another gamer seeks to sabotage that effort to release zombies, set traps, and reincarnate “final boss” Nemesis if all preventive measures fail.