Until now, the gaming community has been looking forward to the price of the Xbox Series X, the PlayStation 5 counterpart in the 9th generation console battle.

I think of the three major players competing in the console market, Microsoft is a better understanding that the price issue can cause disastrous failure. In the eighth generation of consoles, the price was the most severe problem, leading to Microsoft’s grave loss against rival Sony PlayStation. $ 499 is not the highest price for a console, but when users compare it to products with more friendly prices from rivals, Xbox One is completely lost. Throughout the console’s life cycle, the Xbox One has never caught up to PlayStation 4, let alone surpass. Eventually, Microsoft removed Kinect as a mandatory accessory and brought the gaming device back to $ 399. Therefore, moving into the new generation of console life, a competitive price will be significant to Microsoft. They saw failure from 499. Logically, $ 399 is the ideal price for a gaming device. However, it still has to depend on many factors.

The most crucial factor is the price of competitors with Microsoft, Sony’s PlayStation. After the failure of Xbox One, Microsoft has seen many ideas from the success of the PlayStation 4 and is trying to improve the generation of Xbox Series X accordingly. Considering the technology that Microsoft and Sony have crammed into the new console, it is likely that the two companies will have to give the overall price of $ 499 so that it is neither too high nor too low. Theoretically, new technologies make the Xbox Series X worth the $ 599 price tag. But the lesson from Sony’s PS3 will make Microsoft remove that number from the beginning. Their users also have a terrible impression at that price. The highest percentage is that the Xbox Series X price will fall somewhere between $ 399 and $ 499. This also means that Microsoft and Sony will probably be disadvantaged in the first two years, then later offset by software sales.

Microsoft is usually quite smart about the pricing of consoles. Looking back at the first generation of Xbox, they reduced the product’s price to $ 299. This helped the console model to sell well, although, for some reason, Microsoft made high production costs at the time. However, the Xbox brand became the main product line and made money. Xbox 360 is also priced at just $ 299 for the regular version and $ 399 for the 20GB Pro or Premium version, helping Microsoft gain a more sympathetic look from users when rival Sony “accidentally dropped” the price too high for PlayStation 3. The company’s only mistake was selling the Xbox One with Kinect, making it $ 499. When they removed Kinect as a mandatory element, the Xbox One dropped to $ 399, and it became much more comfortable. The situation was somewhat improved for Microsoft. The company has too much experience to know that 399 or 499 are acceptable user rates for 2020. 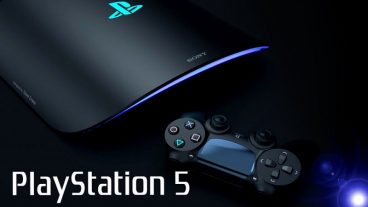 PlayStation 5 and Sony’s “real estate” strategy Sony shows itself to be extremely cautious with the PlayStation 5 console generation. The great success of the PS4 has put tremendous pressure on the company to make careful calculations.

So, how much should Microsoft sell Xbox Series X for those two prices? Deciding on the price of a product takes many factors into account, but I’ll talk about Series X features and the ability to compete with rivals. First and foremost, is the new Xbox offering any value to users, are there features that gamers need? Does it work with a 4K resolution? Or does it have anything other than Halo? And Microsoft intends to give only one answer to all of the above questions, YES. For some, this might make the Xbox a little more expensive than the $ 399, but it brings us to the next problem: competing with rivals. Sony is also waiting for an opponent to decide the final price. But it seems that the company wants to extend the success chain from PS4, so PS5 is likely to cost $ 399 still. Microsoft does not want to repeat the situation in 2013 even though they have a much better advantage if the “financial war” between the two sides broke out.

The only way to raise consoles prices is to raise prices, or Microsoft has more than enough confidence to prove that the Xbox Series X is worth selling more than the $ 5 PlayStation 5. If I bet, I think Microsoft, even Sony, will offer the same $ 399.