Hunk is a minor character who only appears primarily in Resident Evil 2 Remake (previously the original) but is enough to make people remember it forever.

For those who first learned about the RE series through the Resident Evil 2 Remake, Hunk is probably just a small character in the bonus The Fourth Survivor (unlocked when the game’s true ending is completed). During the game, through the tapes from the dead soldiers, you can also guess that Hunk is one of the task force members dispatched by Umbrella to retrieve the G-Virus from Dr. William Birkin.

Hunk and his team indirectly caused the disaster in Raccoon City when William Birkin injected himself with G-Virus and chased them down the city sewer, causing the box to be damaged. The T-Virus container broke and spread to mice. The problem is that in some miraculous way, Hunk still lives, even escaping from Raccoon alone and bringing the G-Virus samples back safely.

– This is a war; surviving is also part of the mission 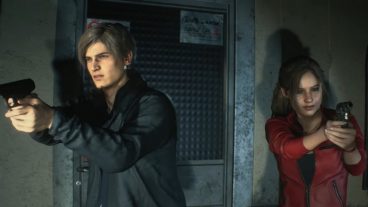 Nobody knows the true identity of ” Death Hunk”, from his homeland, age, face, and real name (Hunk is the codename used at work and not his name). Hunk is the captain of Team Alpha under the Umbrella task force, called the Umbrella Security Service (USS), responsible for executing orders directly in secret from Umbrella’s highest level.

USS was established in the 1970s and started operating in 1980. This is a collection of mercenary groups from around the world, with the task of protecting, recovering, assassinating, or covering up clues about what Umbrella feels dangerous. The first USS victory took place in 1988 when Dr. Oswell E. Spencer (one of Umbrella’s co-founders) ordered the killing of James Marcus to sample the original T-Virus he was studying. (You can read this more in the Resident Evil 0 plot)

As for Hunk, it is unclear when he joined the USS, the only information that the earliest record of Hunk’s presence at Umbrella was in 1996 when Team Alpha members trained on a military base on Rockfort Island. Hunk is a quiet, quiet, and freezing person. After training, he was appointed captain of Team Alpha. Hunk performed dozens of different tasks within the next two years, large and small, with a success rate of 100%. The strange thing is that due to the excellent ability or luck of Hunk, there are many tasks that he is the last person alive. At the same time, all of the teammates are destroyed – because of this, the individual’s Umbrella members or teammates at USS all call Hunk with Grim Reaper’s nickname.

Because his team is often killed, Hunk almost no friends or important trust. Nikolai Zinoviev (UBCS officer of Umbrella’s rescue force) is the only one as an opponent. By 1998, Hunk and Team Alpha were tasked to retrieve the G-Virus from Dr. William Birkin.

In the Resident Evil 2 Remake, the reason for this is that weeks ago, the old research station at Mount Arklay right on Raccoon was destroyed by the T-Virus discovered by members of the STARS team scene kill Raccoon. Umbrella is afraid that these people will come back and investigate. There is a high possibility that the secret facility beneath the city will be uncovered, so Umbrella senior leaders must find a way to revoke evidence, one of Its G-Virus. Hunk and his team secretly landed on Raccoon, who broke into the research station and met Dr. William Birkin. At first, Hunk wanted to negotiate how to avoid this bloodshed, but because William persistently didn’t want to hand over the G-Virus, he was shot and killed as a result. Later on, everyone who plays Resident Evil 2 Remake knows that William Birkin injects G-Virus himself into a monster, chases Hunk’s team into the sewer, then kills well. It’s nearly clean because Hunk is a living person last omission.

Hunk was unhappy about his teammate’s death, even though he still had a G-Virus and always wanted to bring it back to his superior. Based on the timeline of the Resident Evil 2 Remake, Hunk’s attack takes place a few days before the disaster occurs. When Leon and Claire begin their journey, he is likely to get still lost in the sewer. In the process of playing, we can see the corpses of Team Alpha soldiers scattered everywhere, but Hunk has disappeared.

It was not until a week later (according to the Resident Evil 2 Remake) when the disaster in Raccoon City broke up, and Umbrella could not hide it anymore. At this time, the US government decided to use the fusion bomb to blow away. This place is ash. In a final attempt to recover the G-Virus, Umbrella sent a USS pilot, codenamed NIGHT HAWK, to Raccoon to find a way to contact Team Alpha members.

NIGHT HAWK stumbled upon Hunk’s signal. The pilot warned the superiors who had decided to erase Raccoon’s evidence so he could only wait for Hunk for a while. The hunk from the sewer began to jog up to the police station, this time. It seemed that the main characters in Resident Evil 2 Remake were all escaping from the city, so the doors were all opened. Hunk then ran a vein from under the sewer to the Raccoon police headquarters, and it was bad luck for him that the front door was stuck open again. Hunk had told NIGHT HAWK to return because: ” This is a war, surviving is also part of the mission”. Finally, Hunk went around to the corner to escape safely. NIGHT HAWK still waited until the last second because he wanted to witness the Death. Hunk later handed the G-Virus sample to Umbrella, and he appeared again in Resident Evil CODE: Veronica when transporting a package to the Antarctic research station. When Umbrella collapsed in 2003, Hunk went back to being a mercenary and invented a set of specialized combat guides for the affected areas, as well as a dozen other anti-Zombie tools.