Fans very much expect resident Evil 8 to succeed in the series of particular or Capcom in general.

Since the release of Resident Evil 7, this series has regained trust from the fan community. RE 7 has returned to survival horror style, no longer focusing on the array of shooting action like the 6th version. Nervous, nervous, dark, suffocating, but full of thrill, these are descriptive words about this reboot game. Two years later, Capcom continued to bring gamers “to the top” with Resident Evil 2 Remake, a remake of the game in 1998. This time, the game received almost absolute praise from critics and fans. It can be said that Capcom is bringing this classic horror game to regain its form after a long time of deadlock.

After Resident Evil 7, we continue to wait for Resident Evil 8. I’m sure many people will wonder what Capcom intends to do to continue his too high performance. Along with that, Resident Evil 3 Remake is also putting a huge question mark in the community.

In this article, I will summarize some existing rumors about Resident Evil 8.

Shinji Mikami will consider returning to take over Resident Evil.

For many people, Shinji Mikami is a significant person for the Resident Evil series’s success. He was responsible for directing the first RE (1996) and the remake (2002). Next, he raised Resident Evil 4 to become the best game of the series, or for many, RE4 is one of the best games of all time. However, he said goodbye to Capcom to start a company of his own and work on The Evil Within. At the Quakecon 2017 event, when asked about the possibility of returning to the Resident Evil series, Shinji Mikami did not deny it but said a simple sentence, “I can”. This has sparked a strong hope that Mikami will host the upcoming Resident Evil 8.

Although Tango Gameworks, Shinji Mikami’s company, is still achieving some success, fans still have the right to hope. If Mikami returns to the RE line, the gaming industry will undoubtedly once again boil over with Resident Evil 8.

The background is said to set on a deserted island.

One thing that is almost certain to happen is that the context of Resident Evil 8 will follow the story of Resident Evil 7. The game’s plot focuses on letting players discover the virus’s origin that turned the Baker family into children. According to many sources, RE 8 will take gamers to a secret laboratory on a deserted island. This is the place where forbidden experiments take place. The consequences are beyond human control. If this rumor is true, it seems that RE 8 will further develop the story of Eveline and E-Type biological weapons. 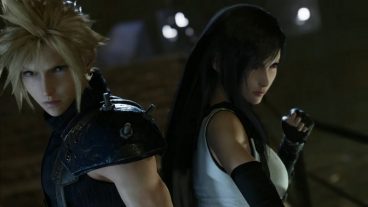 But the most important thing remains at Capcom. After having had great success with Resident Evil 7, what will the company do to continue to bring the RE 8 in the right direction of horror that fans are still looking forward to? Especially when the context of part 8 is rumored to be much wider than the seventh part.

Resident Evil 8 will have an illusion mechanism.

One of the things that make Resident Evil 7 successful is the idea of not letting players have any safety. The space in RE 7 is cramped, dark, bringing fear, darkness, and confusion every second. But if Resident Evil 8 moves to a wider context, how can it bring fear like season 7? According to an account on Twitter, the upcoming game is rumored to have an illusion mechanism. The main character will face a supernatural thing on the island, distorting reality right in front of the eyes. More precisely, the character’s mind is completely turned upside down. Gamers will continuously have to wonder if what they are seeing is real or fake.

If Resident Evil 8 adds this mechanism, it will allow the whole game to add more interesting, mixed gameplay elements without affecting the game’s quality or horror as a whole.

The game will return to a third perspective.

Another factor that makes Resident Evil 7 more scary is the conversion to the first perspective. This view also supports the virtual reality version, which is not for people with heart disease. However, although RE 7 has been successful with the first perspective, it is unlikely Capcom will take RE 8 in this direction. Rumor has it that the game will be developed from a third-person perspective. This is thought to be because Resident Evil 2 Remake was also made from this perspective and received well.

The success of the Resident Evil 2 Remake will surely make Capcom seriously consider the future path. They will almost certainly follow the remake route for a long time to come. Most likely, they will release Resident Evil 3 Remake first, then Resident Evil 8 then. It seems that the company is trying to incorporate the success of this game into the next game. If so, then Resident Evil 8 will probably be made based on the success level of Resident Evil 3. I wonder if RE 3 remakes but not as successful as Capcom wants, what will happen to RE 8?